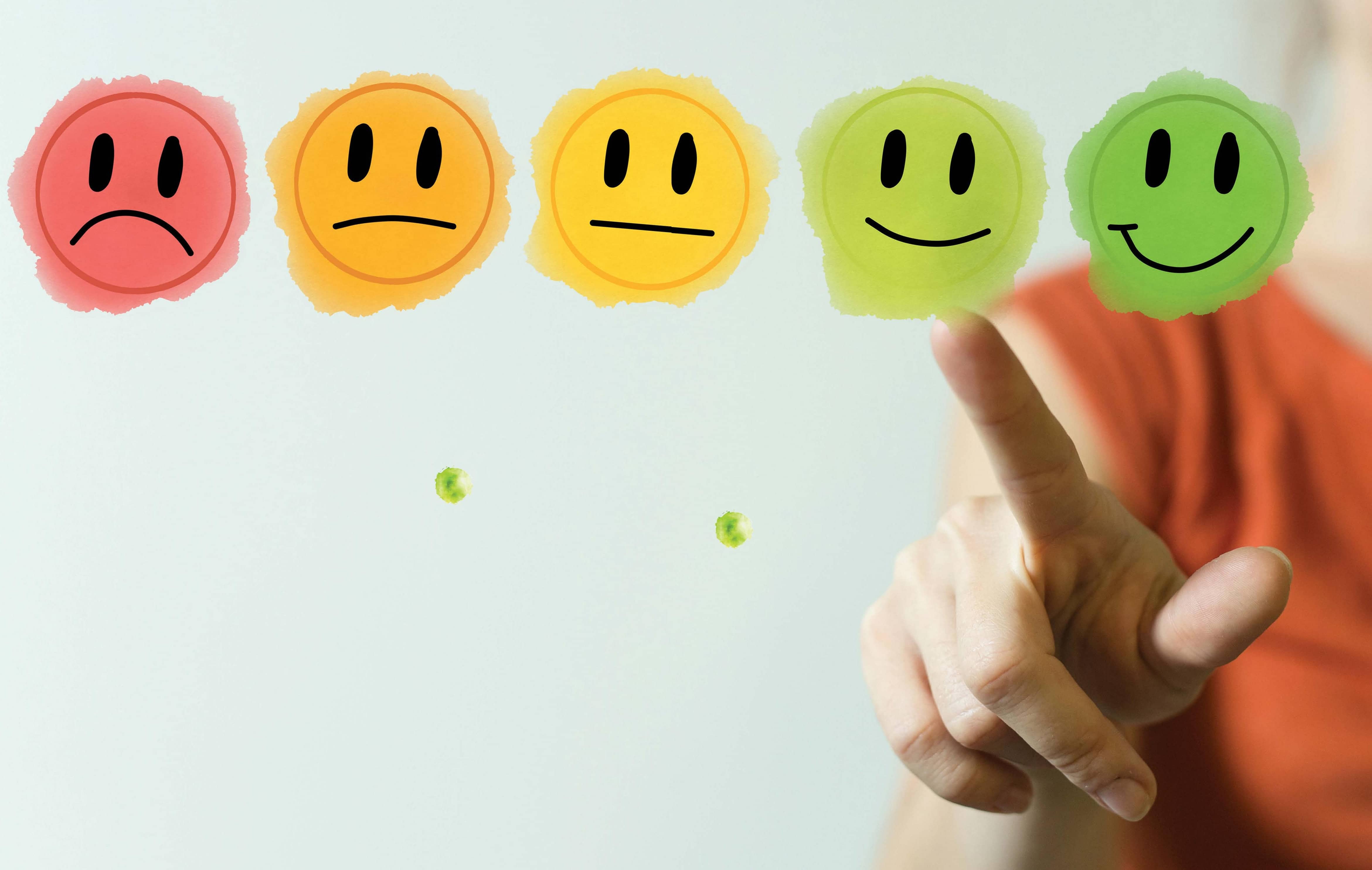 About 21 million adults suffer from mood disorders such as depression and bipolar, and 40 million have an anxiety disorder. What’s worse, a report last year by the American Psychiatric Association (APA) found that 40 percent of Americans are more anxious than they were the previous year. As for stress: three out of four adults say they’re stressed, 45 percent report lying awake at night, and 36 percent say they feel nervous or anxious.

What all this means is that more than a third of Americans struggle with depression, anxiety, or stress—and sometimes, all three. If you’re among them, you don’t have to suffer. Natural herbs, vitamins, and supplements can calm anxiety, soothe stress, and ease depression without the side effects of pharmaceuticals. Check with your doctor first to identify serious disorders, and if you’re taking prescription medication, rule out any interactions. Then try these 9 mood fixing solutions to feel better, faster. This flowering vine (Passifloraincarnata) grows throughout South America and in some parts of the southern United States. It’s been used in traditional herbal medicine for hundreds of years for a variety of conditions, and modern studies document the effectiveness of passionflower in relieving stress and anxiety. Passionflower appears to work by increasing the brain’s levels of gamma-aminobutyric acid (GABA), a compound that helps regulate mood. Some research shows that passionflower is as effective as prescription anti-anxiety medications without causing sedation or impacting job performance. It’s also helpful in promoting sleep. In one study, people who drank passionflower tea daily reported significant improvements in sleep quality

HOW TO TAKE IT: Look for standardized whole-plant capsules or extracts with at least 0.8% flavonoids or isovitexin; 45–90 mg per day has been used for anxiety and stress. Pregnant women should avoid passionflower.. From the threadlike red stigmas of the Crocus sativus flower, saffron has been revered for centuries as a culinary herb and a traditional medicine to treat depression, anxiety and inflammation. Saffron contains safranal and crocin, compounds that may ease depression by interacting with the brain’s serotonin and noradrenaline system. The antioxidants in saffron are also thought to protect brain cells from oxidative stress, linked with mood disorders. A number of studies show saffron can significantly reduce depression and, in some cases, may be as effective as a prescription antidepressant. Another study found that people who took crocin along with their antidepressants showed significantly improved scores for relief of depression and anxiety compared to those who took a placebo or antidepressants alone.

HOW TO TAKE IT: Choose a saffron extract or capsules standardized to at least 0.3 percent safranal; 15–30 mg a day has been used for depression.

This compound is naturally produced in the body from methionine, an amino acid found in certain foods. It is important for many key cellular functions. Researchers suggest that it may influence the expression of genes involved in depression, impact receptors and structures that transport neurotransmitters, or help create neurotransmitters. In one study, 36 percent of people taking SAMe with an antidepressant showed improvement compared with a control group that took a placebo with the antidepressant.

Additionally, 26 percent of the SAMe group experienced a complete remission of symptoms. One analysis found that taking SAMe resulted in clinically meaningful benefits to depressed patients, and the supplement worked as well as tricyclic antidepressants, a class of prescription antidepressants.

HOW TO TAKE IT: Look for SAMe in blister packs, since it degrades easily. Studies have used 200–1,600 mg daily to treat depression. If you have bipolar disorder, ask your doctor before taking SAMe, and don’t take SAMe with prescription antidepressants or antipsychotics. Some studies also suggest that you shouldn’t take SAMe with St. John’s wort.

This traditional Ayurvedic remedy (Withania somnifera) is considered an adaptogen—a substance that normalizes and balances the body’s own systems and stabilizes the body’s response to stress. It’s rich in withanolides, the active compounds in the ashwagandha root, and appears to work by regulating chemical signaling in the nervous system. Ashwagandha has effects on anxiety similar to those of prescription benzodiazepines. Studies show that ashwagandha extract improves resistance to stress and quality of life, and one review concluded that ashwagandha was significantly more effective than a placebo or psychotherapy at relieving anxiety and stress. Another study found that ashwagandha reduced levels of the stress hormone cortisol, and significantly lowered stress and anxiety. It may also act as a mood stabilizer in treating symptoms of depression.

HOW TO TAKE IT: Look for capsules or extracts standardized to 2.5–5 percent withanolides, and don’t take it if you’re pregnant; 500 mg has been used to treat stress and anxiety.

Also called melissa or Melissaâ€‹ Officinalis, this member of the mint family has been used in herbal medicine for hundreds of years to relieve stress and anxiety. In studies, compounds isolated from lemon balm showed effects on mood, cognition, and memory, and it works in part by interacting with the brain’s neurotransmitters. Studies show that lemon balm can treat anxiety, stress, and insomnia. In one study, lemon balm extract reduced anxiety by 18 percent and lowered insomnia by 42 percent. Ninety-five percent of all subjects responded to treatment, while 70 percent showed full remission for anxiety and 85 percent showed full remission for insomnia. Lemon balm maybe even more effective when combined with valerian.

HOW TO TAKE IT: Lemon balm is available in capsules, tinctures, or essential oils; 80–300 mg of lemon balm extract taken twice daily has been used for anxiety. These fatty acids found naturally in fish have been shown to calm anxiety, ease depression, and improve mood. They work partly by reducing stress hormones, decreasing brain inflammation, and supporting neurotransmitter function. Research suggests that people with different forms of depression, including minor depression, postpartum depression, and suicidal ideation, may have lower levels of omega-3s in their bodies. A number of studies show that omega-3 supplements have significant effects on reducing depression and managing symptoms of bipolar disorder. In one review, researchers found that people who took omega-3s showed significant improvement compared to those who were taking a placebo, and those with bipolar depression showed a 50 percent improvement. In another study, omega-3 supplements were as effective as a common antidepressant.

HOW TO TAKE IT: It’s best to get omega-3s from cold-water fish such as sardines, mackerel, herring, or wild Alaskan salmon. For supplements, choose one that’s been independently tested and guaranteed to be free of heavy metals and other environmental toxins; aim for 700–1,000 mg of EPA and 200–500 mg of DHA daily.

This compound found in green tea has a measurable calming effect on the brain. In one study, people who took L-theanine supplements produced more alpha waves, a sign of relaxation. L-theanine helps relieve anxiety in part by interacting with neurotransmitters in the brain, binding to receptors for excitatory compounds and enhancing the production of relaxing neurotransmitters. Research shows that L-theanine can treat anxiety, sleep disturbances, and symptoms of depression in people with major depressive disorder. In one study, people were subjected to experimentally induced anxiety and given either L-theanine or an antianxiety drug The people who received L-theanine had lower anxiety throughout the trial than those who took the prescription drug.

HOW TO TAKE IT: Look for capsules, tablets, or extracts, or drink matcha, a powdered form of green tea that’s high in L-theanine; studies have shown calming effects at 200 mg of L-theanine per day.

This amino acid is an immediate precursor of serotonin naturally produced by the body. Because low serotonin is linked with depression, anxiety, and mood disorders, boosting the body’s production can help. Some small studies show that 5-HTP relieving symptoms of depression, and one found that it was as effective as a commonly used prescription antidepressant. Research also suggests that the effects are more pronounced when 5-HTP is combined with antidepressant medications, especially in depression that’s resistant to drug therapies. Other studies suggest that 5-HTP improves sleep quality and duration, especially when combined with GABA. B vitamins are critical for a healthy nervous system, and low levels or deficiencies are linked with an increased risk of depression and other mood disorders. Several studies suggest that B-complex supplements improve mood, reduce stress, and enhance overall quality of life. In one study of people with depression, a B-complex vitamin significantly improved symptoms of depression and anxiety compared to a placebo. Other research shows that a combination of vitamin B 12, vitamin B 6, and folic acid enhanced the effectiveness of antidepressant medications compared to a placebo.

HOW TO TAKE IT: Look for a B-complex formula that contains a balanced blend of all the Bs, and take one daily, or as directed on the package.